Ever feel, when you’re writing an SAT essay, that you don’t have enough detail in your body paragraphs and that they’re too short? Or that you have too much detail and that you’re rambling? Or, basically, that you just don’t have any idea what should actually go in a body paragraph?

Writing effective body paragraphs is all about breaking down the essay prompt; let’s take a look at a sample essay question:

Is it better to confront the unknown than to rely on what we already know?

Let’s argue the “yes” side—that it is, indeed, better to confront the unknown than to rely on what we already know. We know we need to use SPECIFIC examples (from history, science, literature, our own experience, etc.) to support our argument. And let’s use Christopher Columbus for our first example; the key, then, is knowing what we need to say about Columbus to make him a good piece of support for our argument—do we need to state when he was born? Where he was born? Who he married? When he died?

Here’s where we really want to pay close attention to the topic question. In each question, there are two or three identifiable elements. Here, for example:

Is it better to confront the unknown than to rely on what we already know?

Element 3: confronting the unknown is better than relying on existing knowledge.

Since our thesis is that confronting the unknown is better than relying on what we already know, and since we’re using Columbus to support this thesis, we need to demonstrate, with details, that 1) Columbus confronted the unknown, 2) Columbus chose not to rely on existing knowledge, and 3) it’s better that he confronted instead of relied.

Here, then, is how our body paragraph might look:

Christopher Columbus is a prime example of how important it is for humanity to push beyond accepted limits, even in the face of ridicule. Columbus, eager to find a quicker route to the spice-rich East, believed that sailing across the vast and uncharted Pacific Ocean would unlock a new understanding of the Earth’s geography. Many courts of 15th-century Europe, however, believed the Earth was flat and that the journey Columbus proposed was absurd folly; thus, several monarchs refused his requests for funding. Columbus ignored the fatalistic predictions of these would-be experts, eventually got funding from King Ferdinand and Queen Isabella of Spain, and set off to the West. While he was mistaken, upon reaching Caribbean soil, in believing that he had landed in India, Columbus succeeded in providing Europe a proper understanding of the globe. His landmark travels opened the Western Hemisphere up to the Age of Exploration; had he listened only to skeptics, the Americas might still be unknown to Europe today.

This above paragraph addresses all three elements of the topic question with relevant details—nothing about when Columbus was born or what his brother’s name was or which ships he sailed. Focus your body paragraphs on the key elements in the topic and you’ll never have to worry about which details to include or whether you’re rambling. 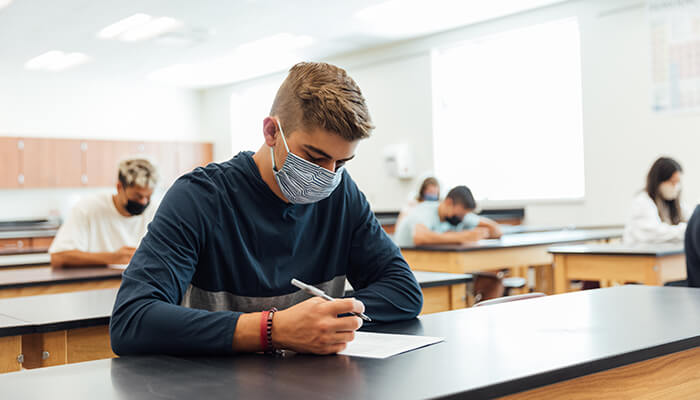 This Can’t Be a Lost Year for America’s Children