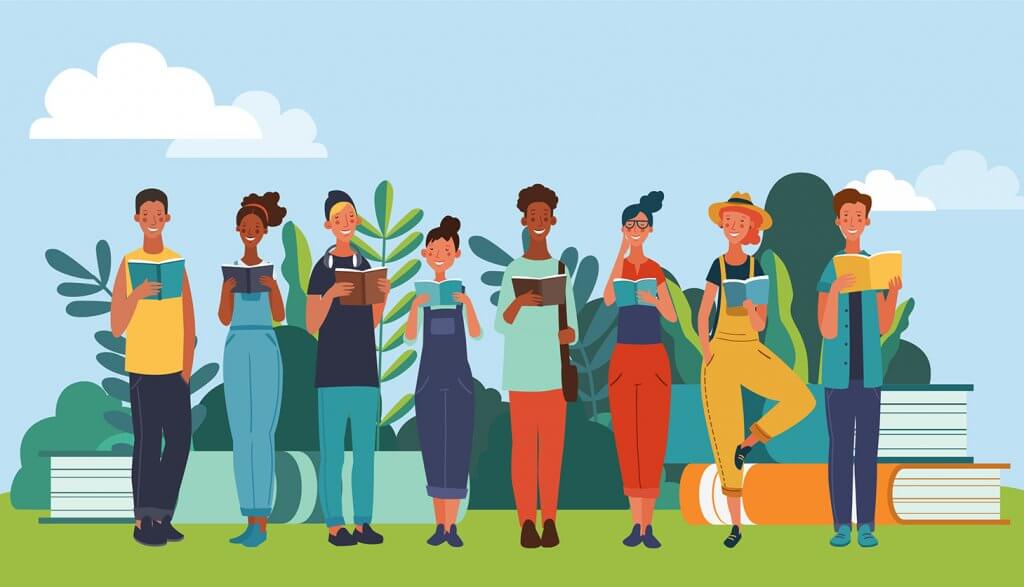 Summer speeds us toward a new normal.

We hope it’s better than the normal that came before it. We hope it’s pandemic-free—no novel coronavirus, no race bias.

Some books are for us. Some are for our children. And none is “To Kill a Mockingbird” because you probably already read it.

“Just Mercy: A Story of Justice and Redemption” by Bryan Stevensen

Share in lawyer Bryan Stevenson’s real-life failures and triumphs as he struggles to overturn a black man’s wrongful conviction in Monroeville, Alabama (of “To Kill a Mockingbird” fame).

Why we’re reading it: White, black, or brown, empathy is a skill we’re continuously working to improve. And “Just Mercy” is a black man’s perspective of a criminal justice system by white people for white people.

“Down from the Mountain: The Life and Death of a Grizzly Bear” by Bryce Andrews

In “Down from the Mountain,” conservationist Bryce Andrews recounts Millie the bear’s journey “down from the mountain” and into a corn field of trouble.

Why we’re reading it: Because Millie is a mom raising cubs in a rapidly changing, even scary, world, and that sounds familiar to us.

Historian John M. Barry, not playwright J. M. Barrie who penned “Peter Pan,” tells the story of the 1918 Flu, which infected one third of the world’s population.

Why we’re reading it: To remind ourselves that humans are resilient creatures.

Create your own user feedback survey

“The Great Gatsby” is a popular American classic. It’s the book your high school student was supposed to read this year, but school closed down. And it’s a fast read—a breezy 200 pages.

“Gatsby” is a human story—who hasn’t chased after love or been tempted by wealth?—so its characters are flawed. They’re self-indulgent and they feed their self-indulgence poorly, in choice, not amount. In amount, they feed it amply.

Why we’re reading it: The “Gatsby” characters collide horribly in the end. They create a great mess of human wreckage from which we get to learn how to be better than they are.

“The Lord of the Rings” by J.R.R. Tolkein

First, “The Lord of the Rings” is not a trilogy.

Then why are there three books?

England had run out of paper.

Second and why we’re reading it, “The Lord of the Rings” is a study in human relationships. Your next door neighbor isn’t the bad guy. The real bad guy (the Maia Sauron) lives in an Art Deco tower with volcano views. And it will take humans, elves, dwarves, wizards, and of course, hairy-footed hobbits—in short, all races working together—to defeat him.

“Tools of Titans: The Tactics, Routines, and Habits of Billionaires, Icons, and World-Class Performers” by Tim Ferris

After Chaos and the time before Time, Titans (as big as they sound) ruled the world that their primordial parents had made. So say Ancient Greeks.

Titans rule today, though they look more like you and me. We call them A-list celebrities, world leaders, billionaires, star athletes, and TED Talkers.

Like the “AG” Titans, today’s titans have weight, too—impact, not size—and they know how to throw it around positively, ex. to support a good cause.

Why we’re reading it: We want titanic weight, too, to help us champion equity through access to learning. But we know change happens on the inside first. Ferris’s “practical and inspiring guide to being your best” (BookPage) seems like a good place to start.

“The Boy, the Mole, the Fox and the Horse” by Charlie Mackesy

To find out how to be your best, read Tim Ferris’s “Tools of Titans” (above).

To get motivated, read Charlie Mackesy’s “The Boy, the Mole, the Fox and the Horse,” a gorgeously illustrated fable for all ages.

Why we’re reading it: Because, as Mackesy writes, “So much beauty we need to look after.”

Who it’s for? All ages

“Children of Blood and Bone” by Tomi Adeyemi

Tomi Adeyemi’s “Children of Blood and Bone” is a response to racism and violence. But it’s a young adult book, so it’s not so obvious. There’s more magic, and cat-warriors called Lionaires, and a young girl from Orisha (modeled on West Africa) named Zélie Adebola who’s on a quest to bring magic back to a world that fears it.

Why we’re reading it: Adeyemi shares, “I told myself that if just one person could read it and have their hearts or minds changed, then I would’ve done something meaningful” (“Chicago Tribune”). That, and we want to read the book, now out for a year, before the movie, release date TBD.

Who it’s for? Middle school students–parents 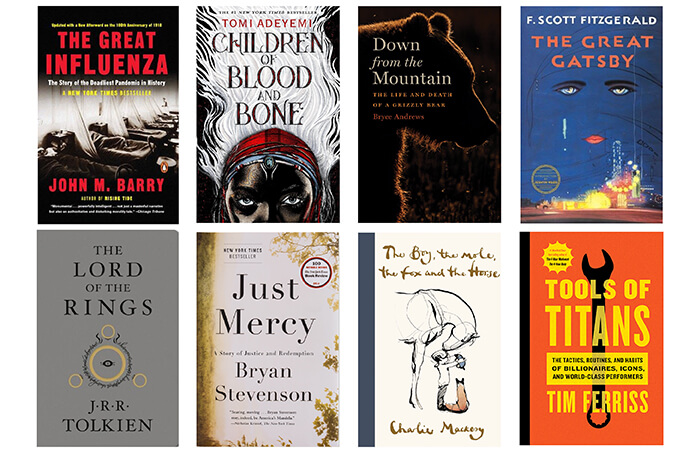